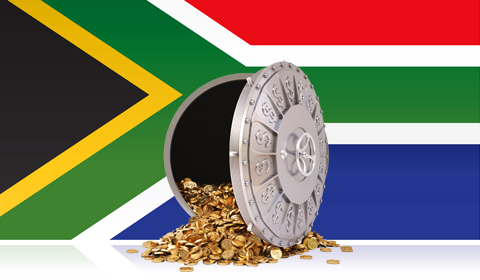 1. How secure are the details that I provide Rand Reunite with?

Rand Reunite treats your information with the highest security when dealing with your application. Your information is not shared with any third parties, unless you have approved it. All the information, which you provide to us, is treated with confidentiality. The Rand Reunite website is a secure site.

2. Should I surrender my paid up retirement annuity or leave it to run until maturity?

This is entirely up to you. However, we can ensure that you are in a position to make an informed decision. Obviously, you will need to factor in the advantages of having a lump sum in cash now to use, as you like, against the potential benefits that you will receive at retirement age. We can introduce you to a financial planner, if you wish.

3. If I emigrate from South Africa to a foreign country, do I lose the right to return?

No, the emigration is essentially your financial exit from South Africa. It does not affect your birthright, your citizenship, or your right to retain your South African passport.

4. If I emigrate formally, do I lose my South African Citizenship?

6. I left South Africa many years ago and have no South African tax number. My tax advisor has also emigrated.

Rand Reunite can assist to reactivate your tax account.

7. I have heard that the Reserve Bank has relaxed the rules with regard to a bank account and the time to obtain Exchange Control approval.

It is true that since June 2011 the bank can give immediate approval to qualifying emigrants who have already left and who have less than R4 million in assets. They also technically do not need a South African bank account. However, in practice, the assurors will not issue a cheque and they are forced by the authorities to pay the credit into a general bank account. Rand Reunite recommends that an account be opened in your name to ensure you receive all the cash due to you.

8. I have a preservation fund and have already taken my one withdrawal before retirement. Is it true that I cannot access the rest before my retirement age even if I emigrate formally?

Yes, it is true. Preservation funds do not come under pension, provident or retirement annuity fund rules. It is even worse if it is a preservation pension fund. If you have had one withdrawal then at retirement age – minimum age 55 – you can only retire with one third plus a pension. There is talk of this being changed but it has not happened yet.

9. My wife was a homemaker and has never worked or paid tax in South Africa. How do I reactivate her account?

We are authorised to open a new tax account for tax clearance purposes.

10. I have left South Africa years ago and have a new foreign passport. Does that mean, I have emigrated formally, and can I access my Retirement Annuities?

If you have previously completed and submitted the form IT21 (a) and form 336 (b) the chances that you have formally emigrated is good. This is why SARS ask for copies of these two forms before giving a tax directive to release your Retirement Annuities. Many South Africans have left the country without formally emigrating and they have become residents and citizens of a foreign country. However, you have not emigrated formally.

11. I formally emigrated years ago but no longer have a South African account. Does the above still apply?

You have to re-open a new account with the bank, which handled your emigration. We occasionally have a problem because the South African banks fail to keep your records especially if it is more than 5 years since you emigrated. Rand Reunite can solve this problem for you.