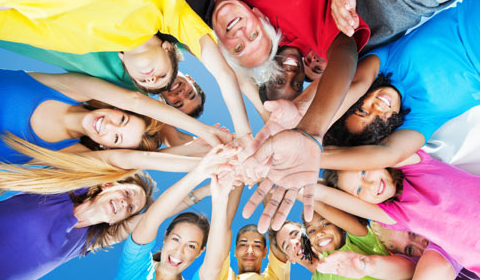 At the age of 13 Demi-Lee was diagnosed with Guillain Barré Syndrome / GBS (An acute polyneuropathy, a disorder affecting the peripheral nervous system with weakness beginning in the feet and hands and migrating towards her abdomen).

Last year Demi-Lee experienced a relapse and her previous GBS diagnosis was adjusted to CIDP (considered the chronic cousin of GBS). The hallmark of the disease is loss of the myelin sheath (the fatty covering that insulates and protects nerve fibers) of the peripheral nerves.

Chronic inflammatory demyelinating polyneuropathy is believed to be due to immune cells, cells which normally protect the body from foreign infection, but here begin incorrectly attacking the nerves in the body instead. As a result, the affected nerves fail to respond (or respond only weakly) to stimuli, causing numbing, tingling, pain, progressive muscle weakness, fatigue, and abnormal sensations. The likelihood of progression of the disease is high. CIDP only reportedly affects 7.7 per 100 000 people (North American CIDP studies).

Demi-Lee had recently completedPlasmapheresis which involved the removal of her blood plasma from blood circulation. (Blood was removed from the body, her blood cells and plasma separated, with a mixture of her blood cells and albumen returned to her blood stream). Plasmapheresis is a procedure used in the treatment of a variety of immune system disorders, including GBS and works by removing your bodies T-Cells which are responsible for the attacking by your immune system of your peripheral nervous system (more specifically the destruction of the Myelin that encapsulates your nerve fibers).

Plasmapheresis was considered part one of a two part treatment regimen aimed at addressing the chronic inflammation / infection. Part two involved Rituximab infusion (Rituximab destroys B cells and is therefore used to treat diseases which are characterized by excessive numbers of B cells, overactive B cells, or dysfunctional B cells as is the case with autoimmune disorders).

Most recently our medical aid refused to allow for the administration of Rituximab.

Demi-Lee was administered a single dose of Rituximab when she was recently admitted to hospital with signs of weakening and fatigue. Recent blood tests have demonstrated a complete eradication of her T-Cells, an earlyindication that Demi-Lee’s physicians are on track.

Demi-Lee attends school in Morris Hills High School in Rockaway where she will be a senior this year. Demi-Lee is a member of the Morris Town U/19 High School Rugby program where she also serves as a Flag Referee (Denville Dawgs Flag Program). Doctors are amazed that Demi-Lee is even able walk and this is testament to her determination to overcome this disease – Demi-Lee has zero to nil sensation below her knees and so literally lifts her lower legs with her quads when attempting to run. Even though there are certain key rugby skills that CIDP will continue to hamper, Demi-Lee remains an enthusiastic young athlete. Recently she was invited along to the High School All American camp where she competed against healthy athletes for a sport on the US High School All American team. Unfortunately she was not able to make the squad but her beaming smile demonstrated the amount of fun she had had, and typifies her remarkable outlook on life.

Demi-Lee actively volunteers whenever possible and can be seen at the annual Denville river clean up each year. She and her sister also assisted Morris Rugby in supporting the recent rugby clinics hosted at the Pocono fields in Denville. Morris Rugby has been an integral part of our life since moving to New Jersey, and Demi-Lee’s father has been actively engaged in coaching across a number of Morris Town rugby programs including the Morris High School U/19 Boys, Morris Men and the New York & New Jersey Select Side.

At school Demi-Lee is deeply involved in the high school’s Anti-Bullying program in support of raising awareness for students with similar disabilities. She has run a number of anti-bullying campaigns at her high school, including a recent CIDP awareness drive that had her handing out CIDP bracelets in an effort to raise funds for the www.gbs-cidp.org foundation, a non-profit organization that both actively researches cures for the disease as well as makes treatment available to lesser privileged sufferers (which includes the securing of AFO braces to help address foot drop among patients). Demi-Lee was also recently inducted to the Morris Hills High School National Honor society, an amazing feat considering the amount of school she misses when she receives her monthly IVIG infusions. She also collected the Mathematics award, and will this year, in partnership with one of her high school classmates run the first gifted and talented TV 4 program.

Recently Demi-Lee coordinated the raising of funding in an effort to purchase teddy bears for the “Miss U-Can-Do-It” pageant. With the support of her High School, close friends and family, Demi-Lee was able to send of 20 teddy bears to this national non-profit pageant created just for girls and women with special needs and challenges.

She is such a fighter and not ready to give up on life.

If you meet her you will feel the love when she hugs you and the smile in her eyes. 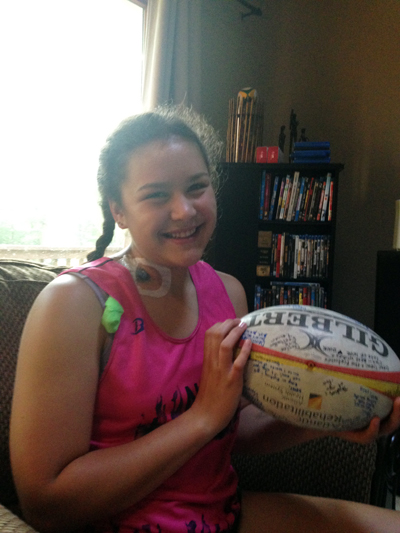